The Seamonster Albin and the love 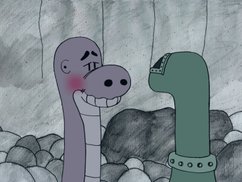 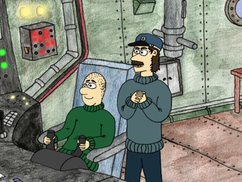 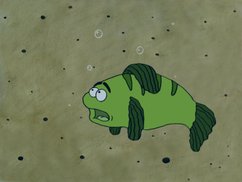 "Sjöodjuret Albin och kärleken" is my second own shortfilm and the longest one so far. I made it during the second year of animation-studying at Diagonalakademin in Telefonplan, Stockholm.

It's sthe story about a seamonster named Albin, who lives peaceful and alone under the sea.

One day he comes across what seems to look like another seamonster. He instantly falls in love

and starts to follow it. But what he dosen't know, is that the other "seamonster" is in fact

a submarine. When the crew (or at least the captain) discovers him, they starts to try to catch him.

The Albin-character was made during autumn 2007 and I felt I wanted to make a shortfilm upon this one during second year. During summer 2008 the story took form and between August-November I drew storyboards, character-designs on the humans, the submarine and the backgrounds.

The animation-process began at the end of November 2008 and went on to May 2009.

The film however wasn't finished until about a year later, with the sound-effects and music.

During that period I graduated and worked as a kindergarten-teacher for a while.

The film had it's premier at the Cinema Tellus in Stockholm around May 2010.

It competed at two filmfestivals in Stockholm during 2011;

At "Filmgala Norr" it won 2:nd price in the category "Best film by filmmakers over 20's".

You can watch the whole film down here on the site for free!