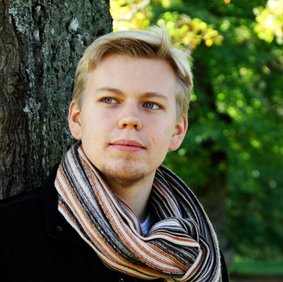 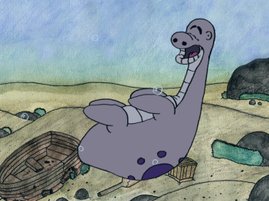 My name is Martin Ström, born 1986 and raised in Sollentuna at north part of Stockholm.

I've always been a huge fan of animated films and used to watch a lot of them growing up. I had a huge collection of VHS's with all kinds of cartoons, especially Disney and started to get interested in the creation of worlds on a piece of paper. At kindergarten I used to make my own flipbooks, after what I've seen on TV how they did during kids-shows like "Disneyklubben" (the swedish version of "Disney Club"). Later on, during the release of Pixars "Toy Story" in 1995, the world of the computer did open my eyes.

My first own shortfilm was made in very simple cut-out when I was in 8th grade. It was a schoolproject about the swedish immigrants journey to America during the 19th century. It was called "Resan till Amerika" ("The Journey to America") and

it did get great respond from my teacher and classmates. Afterwards it took about 4 years until I started to animate again, during my studies at Sollentuna Fria Gymnasium 2006. This time it was a fake action-trailer made in After Effects. That was when I felt this maybe was my thing and I stated to search for schools and courses about animation in Sweden.

In August 2007 I started to study at Diagonalakademin in Telefonplan, Stockholm for two years and learned at the first year all

the old-school technics; traditional animation (2D), stop-motion (puppets/clay), cut-out and little about 3D. At the end of the year I made my own 2D-animated shortfilm about a bird that helps a young boy to get his basketball back.

During the second year I had free hands to make my own project and I decided to make a new shortfilm (also in 2D) about a seamonster that falls in love with a submarine. I gratuated in May 2009.

After a few years working extra as a kindergarten-teacher I started to study digital graphics and computer animation first in Kista (2010-2011) and later at Nackademin in Stockholm (2013-2015).

I want to develop my animation-skills, become better and to face new worlds with the magic, either it is on a computer, with puppets or on a piece of paper. My biggest dream is to work with a animated feature lenght film but I'm open to work with shorts, TV-shows, commerials etc.